In late 2016 the first shipment of mobility units arrived in Malawi, and Ibrahima Imran of Matowe Village was the recipient of the first unit. It signaled an immediate growth, and more widespread focus on the need for a varied number of devises for those with mobility issues. The program quickly grew as Mobility Ministries of Demotte, Indiana, a division of Mobility Worldwide, headquartered in Columbia, Missouri, sprang into action to begin manufacturing units for distribution in Malawi. Over the next 12 months over 600 units were shipped from the Indiana plant.

The mobility unit adds a dimension that has gone unanswered earlier; that is, the ability of the person to transport goods in the unit, as well as being able to move themselves long distances without aid for another person. The three wheel units come with a wide array of replacement parts, and have an expected life of 10-years or more. Shipments are sent directly the production line in the Demotte plant, and arrive in Malawi ready to assemble and put into use. These units make it easier for the recipient to pursue their career, and to recognize a much higher degree of independence.

Almost Half are Under 14! 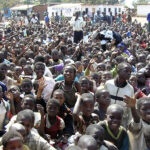 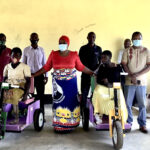 Senior Chief Chilowa Matambe’s Headquarters, Malawi … The vehicles moving quickly through the Malawi countryside brought the attention of passerby’s as they hastily made their way to their pre-arranged destination. Many could only wonder where they were going in such a hurry. Yet one could almost surmise their purpose since the front vehicle was loaded…

"This Thing is Awesome!" 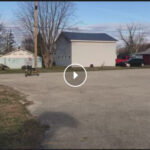 The new bike prototype is the brainchild of Will Austin, the founder of the Institute for Affordable Transportation, an Indianapolis non-profit, a charitable group that constructs basic utility vehicles for emerging nations around the world.

Retirement Does Not Mean "Stop" 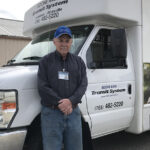 Doug McDonald retired a few years ago from the restaurant business. It would have been easy for him to retreat to an easy chair, thinking his most productive days are behind him. Not so with Doug. If anything, he has speeded up his activities since retirement!

Reach Out to Them Too 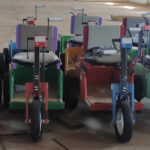 Masinde Village, Blantyre, Malawi … The team arrived at the Chigalu School early in the morning. The vehicle was packed with mobility units destined for the physically challenged. The community came together to witness the event. It was not like it is in other parts of the world, where a person receiving a means with…

A Good Day for Dreams - Part 2

Last week we visited a village outside Lilongwe, and in our mind's eye we watched as Wilson Tembo and Griven Kasalika distributed mobility units and Bibles to a number of deserving individuals.

A Good Day for Dreams - Part 1

Most people can only guess what a person is thinking who has a mobility issue and wants so badly to move around freely. Then they read about Jesus and dream of this happening to them. 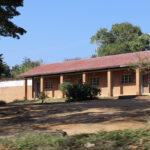 Mzuzu, Malawi … It was a warm, pleasant Malawi day when Ezelina Mvula made her way to the Jomo Road church building. She had heard from a church member that this congregation was one of the locations where Action for Progress was distributing mobility units.  Ezelina had a particular reason for this trip down Jomo…

For Some it is "Just Impossible!" 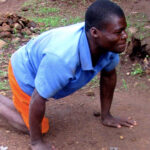 Malawi, Central Africa … Early on our first trip to Malawi we realized there were expressions or terminology that did not translate well into another language or culture.  I don’t mean the language itself; English, Chewa, French, Tumbuka, or German, I mean what words or expressions mean. Here is an example.   During those first years our… 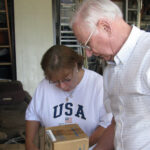 We met Jerry Winstead when he made his first trip to Malawi. He was a church elder and worked closely with Smith Howell, also an elder at the Goodman Oaks Church of Christ in Southaven, Mississippi. Both were committed supporters of the work in Malawi. Smith was older than Jerry and when we met, Smith…
Read more
Subscribe to our Newsletter
Donate