Indianapolis, IN … “It was a short post on the Malawi Project Facebook site,” observes a member of the Board of Directors. “Just a simple request for readers to send empty prescription bottles, and the Project would send them to hospitals in Malawi, Africa where they are in very short supply. We expected to receive a couple of thousand of them.” What no one knew was how many people had been saving those little vials for long periods of time, feeling there must be some value for them, but not knowing what it was. No one wanted to send them to the landfill.

The race across Facebook has been followed by an equally impressive response from contributors. Empty containers have started pouring into the Indianapolis offices of the Project. In thirty days the total number of vials passed 20,000, and the volume increasing daily. They are being followed by questions such as:

(1) How long will this program continue? (It will be going on for the foreseeable future).

(2) Do you still need more containers? (The Project sends medical supplies to over 700 medical facilities throughout the country. We will probably never get too many of them).

(4) Do you take the large vitamin or aspirin bottles? (We would prefer the traditional medicine bottles. The large ones take up a lot of space when we get large numbers of them. Each 40-foot trailer costs $15,000.00 to ship and we are very sensitive to the space issue the larger containers take up).

(5) Do you take financial contributions? (By all means, we are constantly in need of funding. Our work is supported completely by small contributors and it takes a lot of them to cover the cost of getting the supplies to Malawi. Even with no paid staff, no vehicles and no paid office space costs it still takes funds).

(6) What other major projects are you working on? (For the past 20 years we have had a number of ongoing projects. Education, Wheelchairs, Agriculture, Self-Sustaining Programs, Medical; all need funds and attention. A major one currently on the drawing board is to help build a birthing center south of the capital, a remote mountainous region. The entire project will cost less than $150,000.00, and that is pretty inexpensive when you consider the value, or what it would take to open a medical facility in other parts of the country).

(7) How can we help on this hospital? (You can send a check or money order to the Malawi Project, 3314 Van Tassel Drive, Indianapolis, IN 46240. Mark it for the “Linthipe Medical Facility”. Or you can go the contribution button on the front page of this web site. Fill it out and list the amount you want to give, and for how often. Second, if everyone who copied the medicine container post to their Facebook at the beginning would do the same with this story the birthing center funds would probably be available in a matter of days). 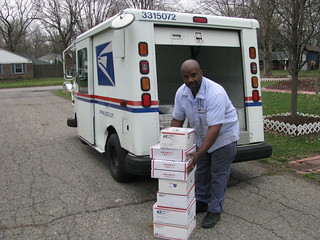 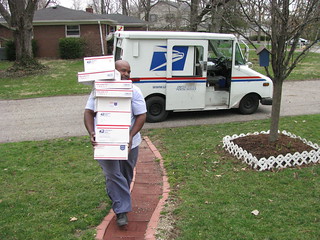