Thondwe, Malawi … Among the people of South Africa there is a saying, “Tlala e lala tlas’a sesiu”. Translated to English the proverb is, “Famine sleeps under the basket used for grain.” This perceptive saying can be found in the book, Wisdom from Africa by Dianne Stewart. The saying means the food basket may be full now, but no one knows what may be just around the corner. 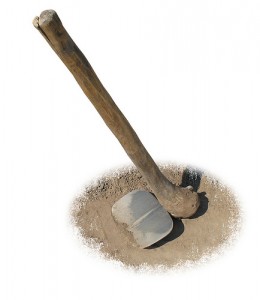 As is often the case when calamity arrives, there are a number of circumstances in recent months that contributed to the food shortages in Malawi that are now threatening the lives of an estimated 2 million people.

One was the devaluation of the Malawi Kwacha in May 2012. News headlines in early May sounded the alarm as they reported the event, the reasons, and the potential problems associated with it.

“Reserve Bank of Malawi on Monday devalued the kwacha by about 50 percent to appease the International Monetary Fund and unlock much needed aid held up by the country’s key donors.”

The knee jerk reaction was an immediate rise in costs, and then shortages in many basic commodities, as fear of continued upward inflation influenced buying. The Guardian News Service reported on May 25,

“A sizeable devaluation of Malawi’s currency, aimed at reinvigorating the economy and wooing back international donors, has triggered steep increases in the price of basic goods and pushed many Malawians deeper into poverty. …

While it was hoped the move would help restore international confidence in the Malawi Kwacha, one of the results was increased difficulty for poor people in the village areas. The story continues,

“However, the prices of many basic items have gone up by as much as 50% and fuel prices have risen by 30%, pushing up the cost of public transport by about 40%.”

Although recently some adjustment in the market has helped, the situation is still serious. Other events have added to the situation.

Seed and Fertilizer Shortages
Higher costs that resulted from the devaluation brought shortages in farm commodities, making it difficult or impossible for many farm families to buy seed and fertilizer. Since nearly 90% of Malawi’s population eat and live from small family farm plots a serious food shortage was in the making.

Lack of Rain
With lower than expected planting, then fewer farm families able to fertilize their crops, the situation grew even more ominous. Next came changing rain patterns, with much needed rain absent in some areas for long periods of time, and too little in other areas to be able to gain a full crop for the survival of families in rural areas.

Lack of Modern Farm Methods
Along with the above problems is the fact Malawi has little in the way of modern farm equipment with which to manage or increase farm production. Hand held hoes and small tin buckets are the only tools most farmers have with which to cultivate and water their crops. During a critical famine in 2001-02 the Malawi Project delivered 10,000 drip irrigation systems, garden hoes, and trailers of food with which to help with the situation. Later a new farm tractor, called the V-Tractor was developed and a number of them have been shipped to the country. Today the Project, along with Agricultural Aid International, the inventor of the V-Tractor, are working toward the completion of a new mechanized tractor, a walk behind unit. These will begin shipping in early 2013.

Like Rivers Plunging off the Mountain
Meanwhile the situation grows worse and Wilson Tembo, with the Malawi Project and Namikango Mission, gives a vivid description of the circumstances when he illustrates it though one of the major landmarks in southern Malawi, Mount Mulanje. The peaks of Mount Mulanje reach 9,848 feet into the air. They project so high the mountain actually forms its own weather patterns influencing life at its base. Four rivers are formed on the heights, and their turbulent plunge into the valley can easily be seen from a great distance. It is in this setting, and with this vivid view that Wilson notes the seriousness of the famine, “Reports are flowing like loose rivers running down Mount Mulanje. The media is awash with news of increasing suffering due to hunger looming over the country.”

Often in the past the world has overlooked the problems in tiny Malawi. It is just too far away and too small for many to take notice. Hopefully the kind and gentle people of this sub-Saharan nation will not be forgotten this time.