Thorntown, Indiana … From the 1930s to the 1960s Dick and Jane were the main fictitious characters used in basic readers to teach children to read in the United States. The names Dick and Jane grew to represent learning in the classroom. While not featured in a series of school book illustrations, two Indiana couples are playing the part of a modern-day Dick and Jane in order to teach Malawi children how to read. Not the text, as in the case of Dick and Jane, but they are focused on the textbooks themselves. They are Theresa and Marvin Hayden, and Doug and Sheila McDonald, both from near Thorntown, Indiana. Here is how they, and the staff from two schools, are helping children to learn to read.

Although Theresa has retired from the Indianapolis school system, she has a daughter-in-law, Abby Hayden, who is the Vice-Assistant Principal at the elementary school in Thorntown, Indiana. The school made a large donation of books last year, avoiding their demise in the recycling bins, so the idea of sending books to Malawi was not new. Theresa called on Abby to help, and Abby talked with Pam Taylor the principal. Together they rallied the staff at the school. Doug and Sheila arrived with a large trailer, and with the help of custodians, staff, and grandchildren, the trailer was quickly loaded. Language arts books for grades 1 to 6 will now help Malawi children rather than ending their careers in the recycling bin.

The first stop was the Thorntown Elementary School. Next, they moved to the Granville Wells School and repeated the process. At the end of the day, two trailer loads of books reached the storage warehouse to await shipment to Malawi.

Thanks to a group of modern-day Dick and Jane’s, the books will continue to enjoy a long and prosperous life helping children in Central Africa. 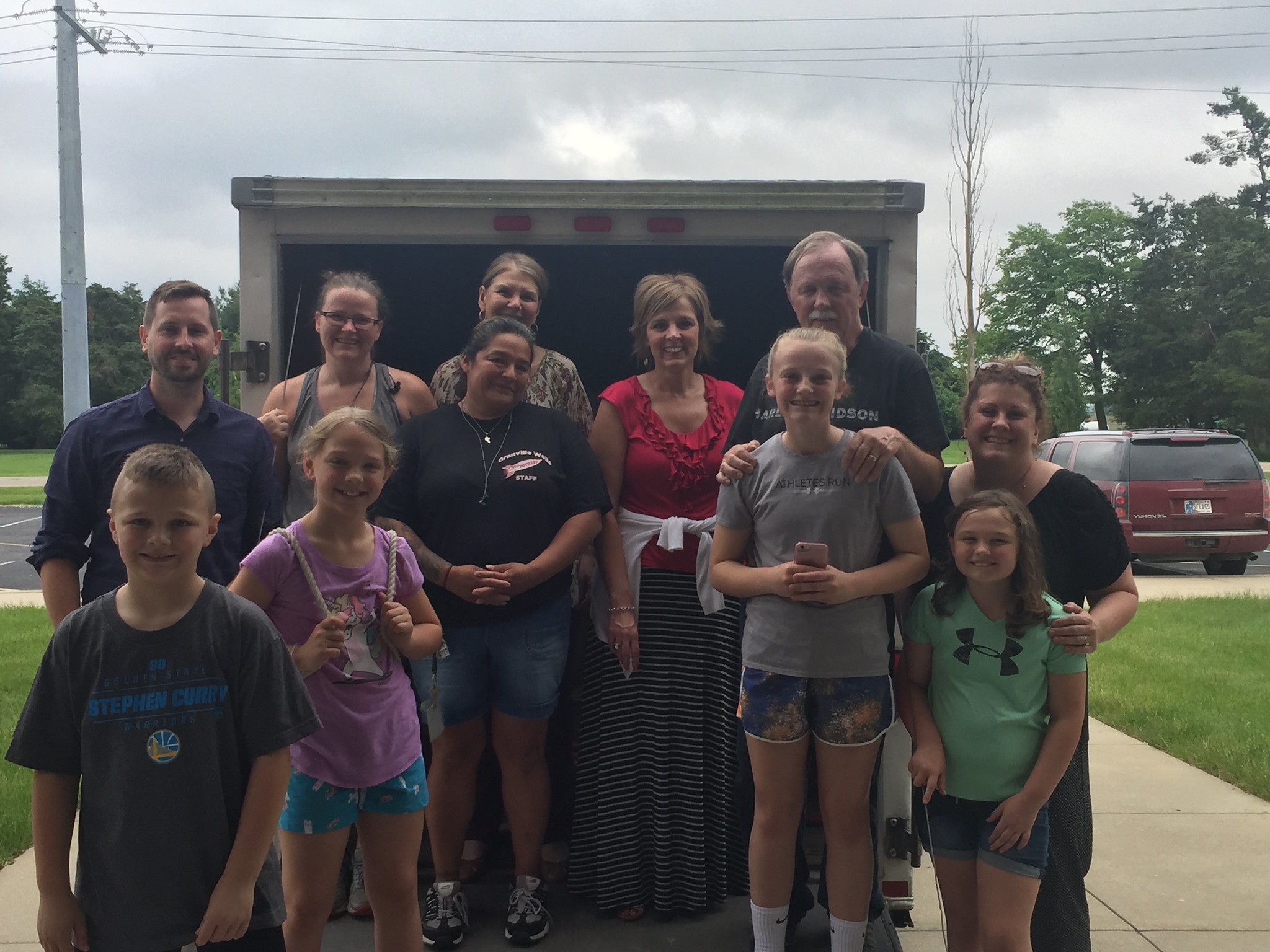