One Wheelbarrow Load at a Time

Lilongwe, Malawi … The morning has arrived. Concrete mixing and pouring are about to begin on the large floor of the new distribution hub for Action for Progress. In developed nations one can imagine a number of concrete trucks lining up along the side of the road, drivers impatiently waiting their turn to pull to the number one slot and begin releasing their massive loads of premixed concrete.

Not so in Malawi.

The long-awaited day has arrived, but there is no line of impatient concrete truck drivers. There is no confusion about which truck gets to go next. The workers man the closest things they have to mobilize vehicles, wheelbarrows. Wheelbarrows will move the concrete to the site! The mixing site itself is a simple clearing where water is brought by the women in buckets on their heads, drawn from the nearby well. One bucket of water after another is hand mixed with the bags of concrete and loaded in wheelbarrows and then quickly moved to the construction site. This process continues over and over and over as the new distribution center moves ever closer to its expected July completion. 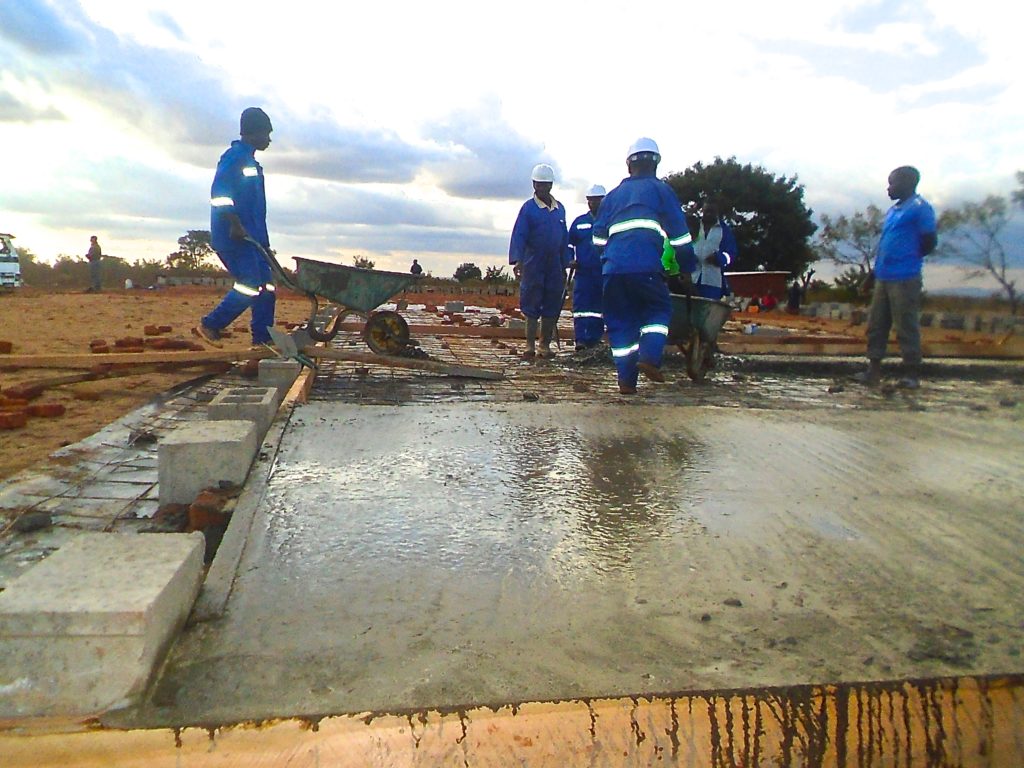 Linkedin
Posted in Action For Progress, Assisting, Be The Change
Subscribe to our Newsletter
Donate