Lilongwe, Malawi … If you had seen the Hammer Trucking semi and trailer # TCNU-8202301 heading north toward Chicago on I-65 you probably would not have given it a second glance. After all, there are thousands of semis headed toward Chicago from points south of the city.

However, hidden inside the steel walls of this particular trailer was hope for the future, the opportunity to move about, and the promise of becoming self-reliant.

No one honked as they passed the steel hulk, and crowds did not gather at the terminal to shout a fond farewell and best wishes to trailer TCNU-8202301 as it started its long trip to central Africa, but its mission and importance was just as sure. Over 200 mobility units, 100 thousand pairs of gloves for medical personnel, 1,000 hand tools, and dresses for little girls were hidden inside to serve the people of Malawi.

But for this trailer that had already seen sizable action in the U.S., there is a different plan for its future. You see, it has made the decision to make its new home at the Action for Progress distribution center near Lilongwe, Malawi. Another trailer is already on the way across the ocean to join TCNU at the same site. They will spend the rest of their days’ side by side, assisting the giant distribution center at Action for Progress.

Now, that does not seem like a bad job to choose for your retirement. 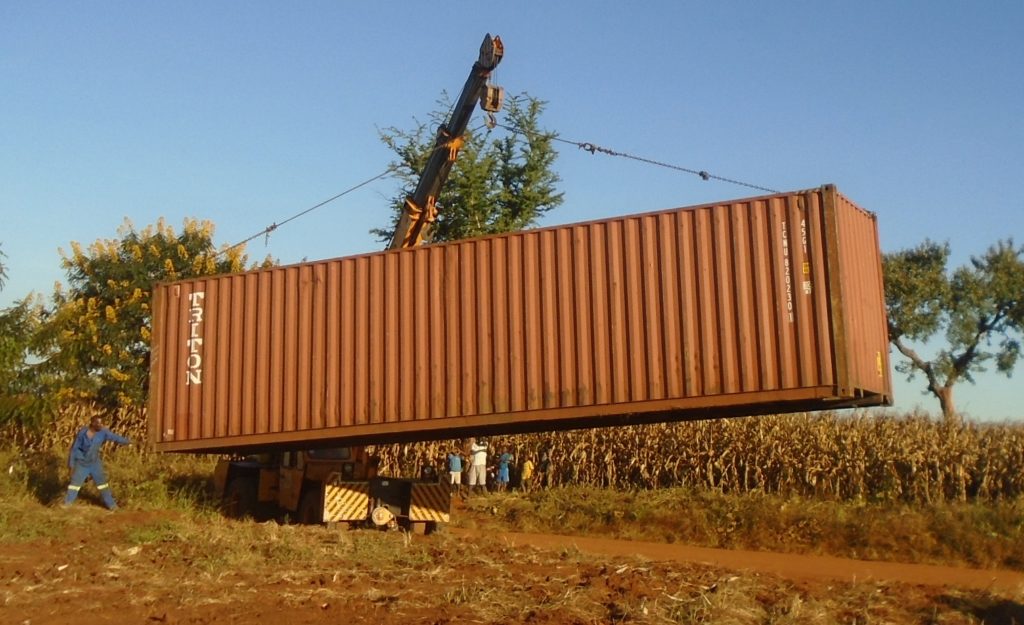