The Villain is often the Grain Storage Bin

Lilongwe, Malawi … “I can’t tell you how often I have traveled through the Malawi countryside snapping picture after picture of the quaint and picturesque bamboo grain bins situated in and around village huts. They are photogenic and unique, and something few people in western nations get a chance to see. They are part of the charm of Malawi,” observes Richard Stephens of the Malawi Project.

He continues, “What I did not know as I was snapping the pictures was how ineffective these storage units are for the people who use them. While they are inexpensive to build, easy to construct, and close to the houses for protection of the grain from thieves, there are unseen thieves robbing the village families in a way no human thief could ever accomplish. It is theft by rodent, and we are not talking about a small amount of theft, we are talking about theft on a scale that robs Africa of enough food every year to feed themselves. I had no idea when I was snapping the neat pictures. When the Malawi Project started helping villages build concrete, brick and steel storage facilities we got deeper into the causes of many of the famines and food shortages in the past we found the bamboo grain bins themselves were a major part of the problem. Here are some things we discovered.”

“When the idea of the Joseph Project grain storage warehouses was proposed we saw great advantages for their use,” Stephens continued. “Communities working together to store grain. The safe storage of the grain. The chance to store sufficient grain for widows, orphans and the physically challenged. Saving enough grain to offset a famine year when insufficient grain came in from harvest All of these good reasons quickly surfaced.”

The term Joseph Projects came from the story of Joseph in the Old Testament where he used a warning from God of a coming famine to help Egypt prepare. Part of the preparation was the construction of large warehouses to store crops from the good years to offset the bad.

Through the efforts of a grant from an Illinois service agency, and the work of Dan Brewer, the Treasurer for the Malawi Project sufficient funding (about $10,000.00) was raised to assist Malawi churches, villages, and community development organizations to build three of these secure facilities. Currently, the first harvest since the construction is proving to be valuable as groups are banding together to store grain through community support and farming co-ops.

As more and more research and information reached the Malawi Project it was realized these grain bins were offering an even greater value and importance; that of better pest control, and saving what is being estimated as high as 30% of the harvest that is being lost to pests, decay, rot, and theft in the current bamboo structures. It has been estimated if proper storage and transport were available continent wide, Africa could feed itself! That 30% is the difference between success and failure when it comes to a sufficient food supply. Imagine! 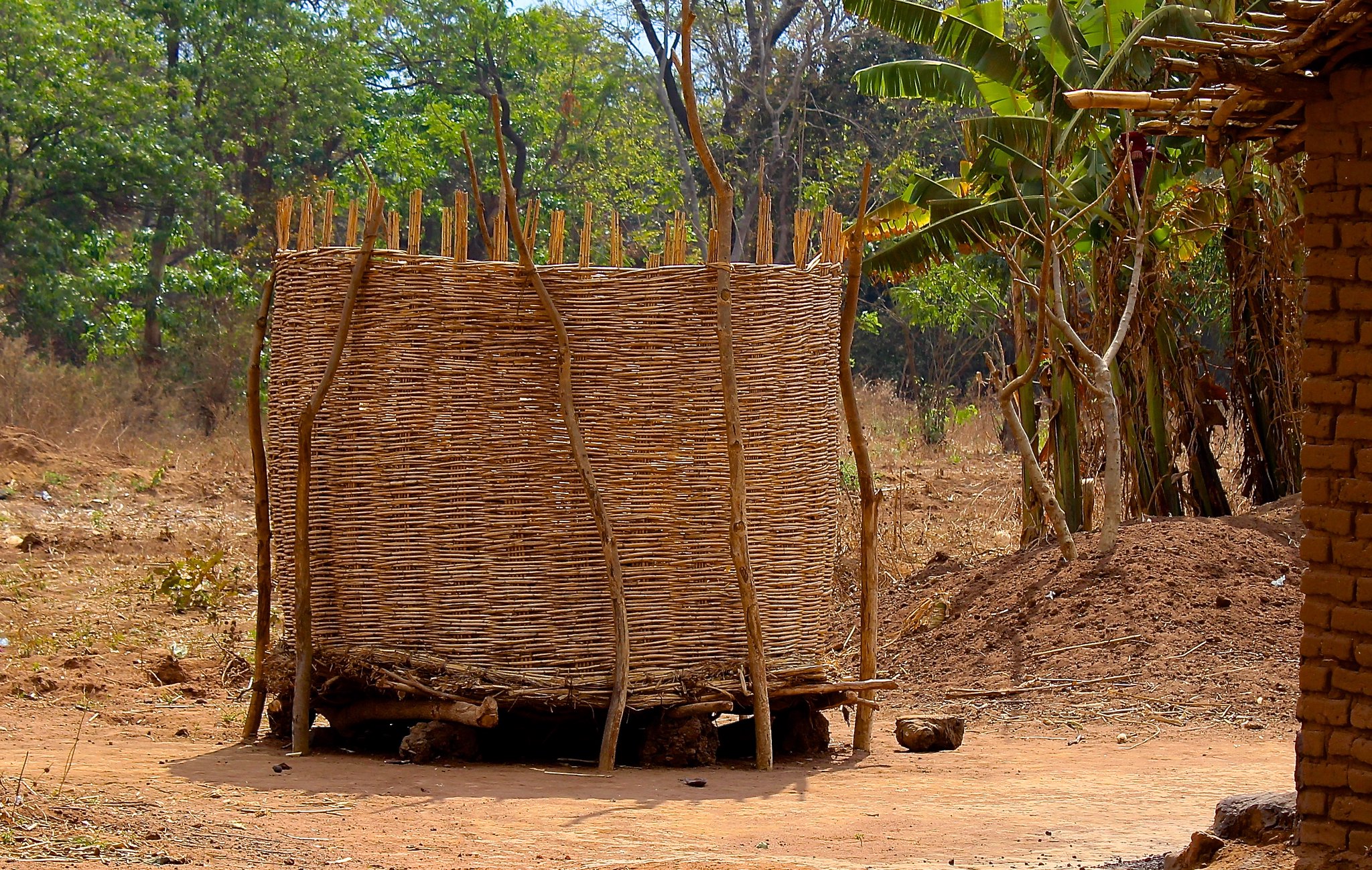