Executive Director of Action for Progress

Born on the 27th of December 1979 Wilson would be the 6th, child, and final son in his family of 7 children. Home was a farm on the eastern edge of the Kasungu National Park in Malawi, Central Africa. In 1983, a year after the birth of Wilson’s youngest sister, the family moved to his father’s village in neighboring Dowa District. A few months after they settled in their new home his father died, an apparent victim of a poisoning. After that, his mother packed up the children and moved to her home village 66 kilometers away. Chandiwo Village became home for the family and while life seemed normal to Wilson, it was anything but normal for his brothers and sisters. Life was difficult. They were short of food, clothes, and life in general. There was not enough money to pay school fees and they stopped going to school. Stephen, the fourth born, was the only sibling able to continue his education. The limited amount of land the family possessed was not enough on which to survive. The remaining portion of family land was already occupied by relatives.

Along with his friends, Wilson started attending a primary school 13 kilometers (over 8 miles) south of the village. While this was a long walk each day, he did it willingly. In time they shifted to other schools that required an even longer walk, about a 15 kilometer (9.3 miles) one way, each day.

Tembo wanted to learn, and the Madisi Primary School, along with the walk through the bustling trading center heightened his desire for an education. Passing all of the activity caused him to study and work even harder.  Passing a Post Office, he could see and hear the sounds of packages being stamped. Meeting a police officer had a great attraction for him. He saw what his life could become, and this was a high point in his days.

However, as had taken place with his siblings, the need for school fees threatened to interrupt his future. He was in and out of school, then back in. He remembers when he was in standard 5 the school officials “chased him away” because he could not pay the three Kwacha in fees. The fee was equal to about $1.00 at the time. But Mr. Joshua, the Headmaster, interceded at the last minute and allowed him to remain in school. His performance had rescued him.

In 1997 he was baptized, and in 1998 selected to attend high school at the Madisi Secondary School. This brought more challenges in the form of fees, along with the requirement of a required school uniform, books, and other necessities. This time it was a relative, Amos Kajawa, who stepped in to help with his expenses. From a low paying job as a driver, Amos sacrificed and struggled to pay Wilson’s expenses. The dream of a job in the post office or that of being a police officer started to fade. When Wilson sat for university entrance examinations in April 2001, journalism topped the list of the three course choices that were available to him.

In September 2002, his life took another turn as he applied for a job at Blessings Hospital in Lumbadzi. He thought he could obtain enough financial support to move forward with his training in journalism, but this did not materialize. A job in the supply warehouse opened up, and he applied. Dick Stephens, of the Malawi Project recalls the interview. “That day we had two final candidates for the one opening in the warehouse. That person would administer thousands of dollars in medical supplies being brought into the country. Wilson was one of the candidates and Robert Chilemba the other. Chilemba had a number of years of experience with a sugar plantation north of Nkhotakota, and his experience and recommendations made him the perfect candidate for the job. Tembo was young and inexperienced.”

“There was no doubt we needed to hire Chilemba,” Stephens notes. “Tembo, however, had a depth perception on life, and very high energy level that seemed to offer so much potential for the future I could only recommend that we hire both of them.”

The hospital’s director agreed and both Tembo and Chilemba were added to the staff. Working closely together they formed an excellent team, and supplies flowed out to the hospital and to a large number of other medical facilities in the central region of Malawi.

In 2005 Tembo married Alice Banda, a member of the hospital staff.

Robert Chilemba returned to his home north of Nkhotakota and eventually helped form a successful community development organization to serve the needs of his community. Tembo remained with Blessings until 2008 when the Malawi Project opened a warehouse in Thondwe, near the southern commercial center of Blantyre. He and Alice transferred to the southern region where Alice started working at the Namikango Mission Clinic where she remained until late 2018.

From 2008 to 2018, Tembo rose to the challenge of a growing aid program that had expanded nationwide. He maintained oversight of Projects diversified programs, while at the same time helping to raise their two children, then three more from a sister who passed away. He also served as the Procurement Officer for the mission where the MP warehouse was housed, and for a time oversaw administrative responsibilities for the Mission Clinic in Thondwe. Outside of work he served as Youth Director for a nearby church, and as the organizational director for youth meetings in the Zomba District.

Wilson holds a BA in Logistics and Supply Chain Management, which he received in late 2018.

In 2018 Tembo spearheaded the establishment of Action for Progress, a Malawi not-for-profit, created to work beside the Malawi Project in aid assistance programs throughout the country. Currently, he serves as the Executive Director for the new group, after nearly 20 years of working with the Malawi Project. 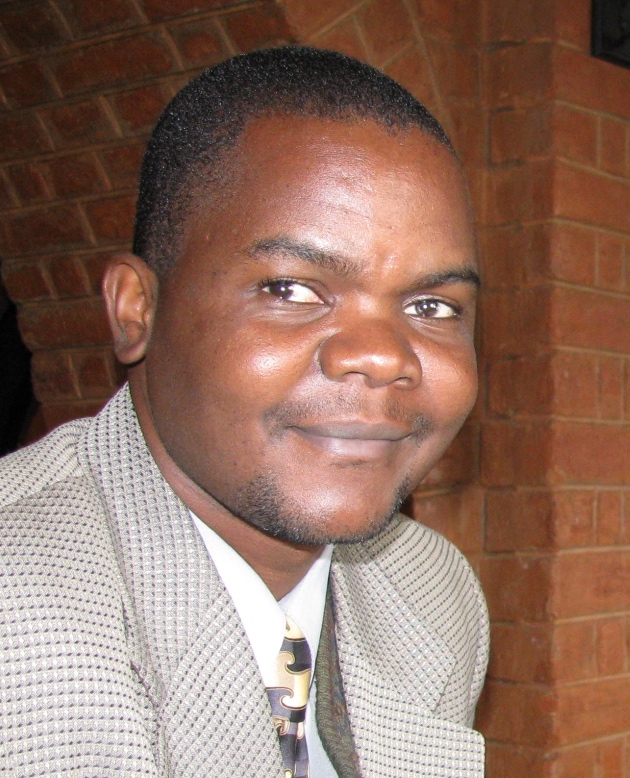 Linkedin
Posted in Action For Progress
Subscribe to our Newsletter
Donate