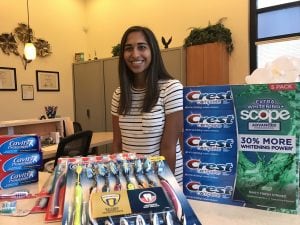 Sitting in the home of the hospital administrator we listened as she described the problems she faced at this small rural hospital. We had only been in Malawi for two years and were still learning. Much of what we were learning was new, and a lot of it was almost impossible to believe.

“It is not uncommon that we are completely out of medicine and supplies by the middle of the month,” she explained, with a hint of sadness in her voice. While we trying to comprehend what she was saying, she continued, “What are we to do? I have good nurses, but without supplies, there is little we can do. It was bad before, but now with AIDS so much of a problem everything is getting worse by the day.”

Suzi, as a long time nurse in America, and the soon-to-be medical director for the Malawi Project, had very strong feelings about doing something to help, and it was becoming quite visible and intense. She questioned the administrator about the way they dwelt with the patient’s families. The response surprised both of us.

The administrator explained that when giving medical assistance to an AIDS patient the hospital usually treated every member of the family as though all were HIV positive.

“In most cases when one member has AIDS,” she explained, “everyone in the family is HIV positive.”

“How can that be,” Suzi questioned?

The administrator’s family tried to extend the greatest degree of hospitality, and the meal was something few village families would ever afford, but the part of the before dinner conversation about the toothbrush and the families with AIDS, overshadowed the rest of the evening.

“If the Aids member has bleeding gums every member of the family, all the way to the youngest will probably have AIDS.” We knew from this one conversation that we were facing real challenges as we began our work in central Africa, but this one had a tangible way to cope with it. In order to help combat and slow the spread of AIDS, get enough toothbrushes to the people.

While the answers to most problems are not this simple, and even this one is a bit more complex than just shipping enough toothbrushes, the truth of the matter is that toothbrushes not only help with oral and physical health, in cases where a family member has AIDS a toothbrush can be a life-saving instrument.

The above story started toothbrush campaigns as far back as 1995, and they have continued through the years.

Recently a 15-year-old central Indiana high school student by the name of Emily contacted the Project’s offices in Indianapolis, and offered to raise support and awareness of the need for toothbrushes for Africa. After meeting with Emily, and reviewing her plans to raise support for 70,000 toothbrushes for Malawi, members of the Project team offered her assistance with her web site, and marketing literature. Emily had already obtained 501c3 status for her not-for-profit, The “World Smiles Mission”, and stated work on the web site andan introductory brochure. She expressed her desire to use her not-for-profit organization to obtain help in the area of oral health for the people of Malawi. We are confident in coming weeks the progress of this joint effort will be reflected in success stories in the pages of the Malawi Project’s newsletter and on this web site.