A friend of mine recently lost her husband of many years. As a retired minister, Bill had a dream of a new vocation after stepping away from the pulpit. He was well on his way to realizing his dream when his earthly life came to a conclusion. Bill had always wanted to open a bookstore and he had been collecting books for years. Thousands and thousands of books. He attended auctions, garage sales, libraries with overstock problems, and virtually any venue where there was a possibility to add to his collection. As his goal of opening a bookstore was close to being realized, Bill was taken from this world. Then came the “single connection,” the phone call to express my sympathy to the grieving widow, my friend Karen. Karen had been supportive of Bill’s goals and had dutifully helped to store and stack these books in boxes of about 20 books each for years. During our conversation, she mentioned that along with the struggles of adjusting to life without Bill, she was faced with the daunting task of finding homes for over 15,000 books. The dream for a bookstore was Bill’s and not Karen’s, but she wanted to make sure the books would be used and not simply recycled. She also was faced with ongoing storage costs as well as the task of physically having to move these books to new owners, if they could be found.

I have been involved in the Malawi Project for several years, and in traveling through Malawi I have witnessed firsthand the lack of available literature. Many schools do not have even the most basic of “reading, writing, and arithmetic” books. Libraries are rare but highly valued in the few places they can be found. When I mentioned the need in Malawi, and the certainty that Bill’s dream could answer thousands of dreams half a world away, I could practically feel Karen’s anxiety dissipate. Karen asked if we could come and take them and get them to Malawi, and the Malawi Project readily agreed. Two rental trucks and two small trailer loads later, the vehicles were filled with nearly 800 boxes of Bill’s books and taken to be readied for the four-month journey to Malawi. When reflecting on the random nature of this amazing gift, I was struck with how this spiritual man’s dream of operating a bookstore was still going to be achieved, quite likely in a manner exceeding anything he could have imagined. Just one simple connection to a dear friend led to the connection of countless Malawians to resources they also can’t imagine. God is good. 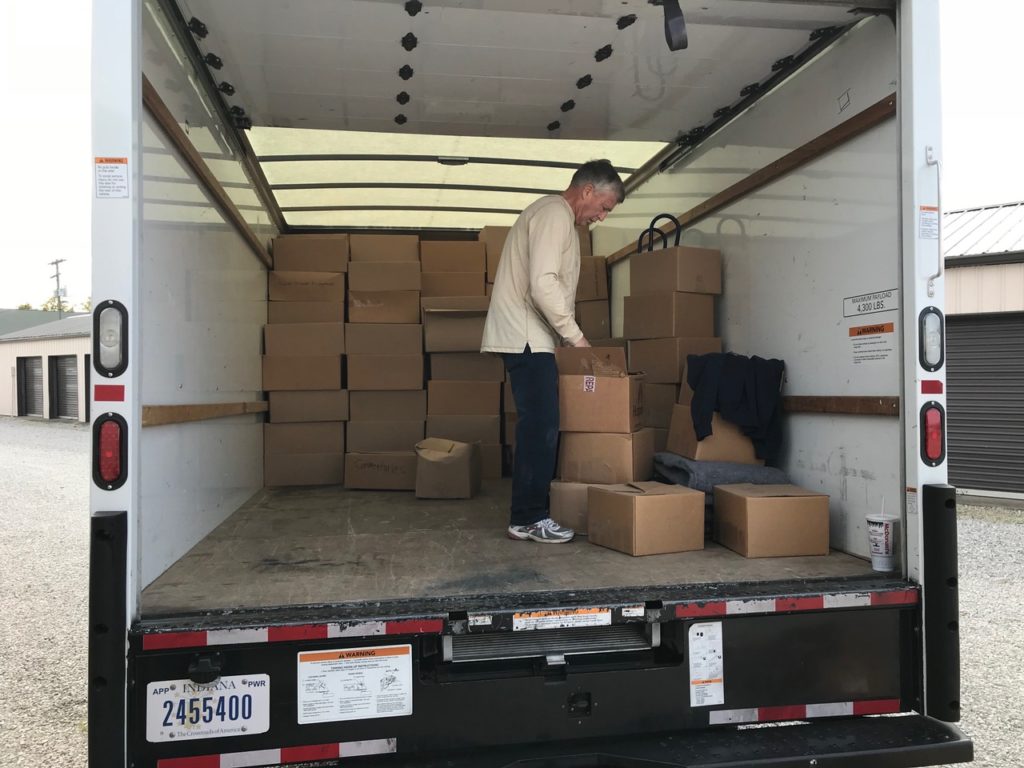