Lilongwe, Malawi … For the past several days’ progress on the new distribution hub for Action for Progress and the Malawi Project has seemed to only inch along. The outer foundation walls of the 137 ft x 75 ft building were solidly in place, and progress was being measured carefully in tons of fill dirt moving in to take its place and fulfill its mission to maintain a solid, level, floor well above the surrounding area.

Now, progress has reached a point where the final load of fill dirt has taken its place, the rows and rows of bricks have been carefully placed side by side through the entire distance of the structure, and arrangements complete for pouring the concrete floor in the next few days. After this is completed the steel beams that have been patiently waiting on the sidelines for several weeks will step to center stage to take their rightful positions in preparation for holding the outer walls and roof in place.

Several pictures can be seen at www.flickr.com/malawiproject 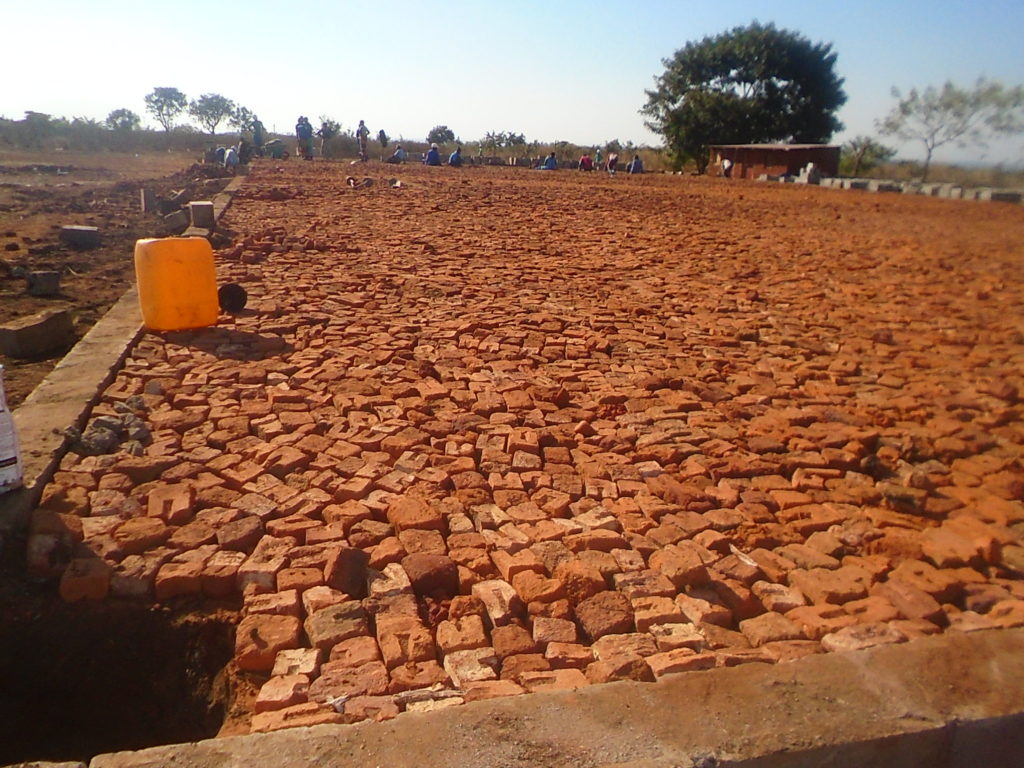